The team at Nuflow Wide Bay have always been a little bit proud of how they do things but really aren’t the types to blow their own trumpets and often get a little coy when handed compliments by their customers.

That all changed for them in January, when out of the blue, they were nominated in the Bundaberg & District Chambers of Commerce Business Excellence Awards in not one, not two, but three categories. “It was a real shock” says Sam “We just try to do a good job and treat people the way they ought to be treated, we’re not doing anything over an above what should be service standards in any industry really. So to be nominated by members of the general public for excellence is a very big deal to us”.

A nomination in the Business Excellence Awards is a major
achievement for any business, but as always, Nuflow Wide Bay
took it that one step further, scooping up awards in two of the
three categories they were nominated in.

To say that the boys at Nuflow are very proud, is an understatement. “I am truly humbled and grateful for the awards that we have received” says Sam “Not for a second did I think that our
little operation could win anything, let alone two awards. We were stacked up against some of the best businesses in Bundaberg so to be recognised in such a way is fantastic. It really does just confirm that we are getting it right and that all the little things that we do to make our customers feel valued are being noticed”.

Nuflow are learning to deal with the fame that such a prestigious event creates and are looking forward to next year’s awards where they hope to double up on this years’ success and win back to back awards in the same categories! 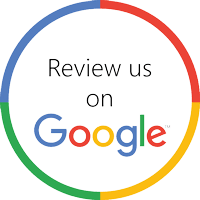 Nuflow Wide Bay
5.0
Based on 166 reviews
See all reviewsWrite a review

nuflow Wide Bay
5.0
Based on 12 reviews
See all reviewsWrite a review

William Cassie
22:20 05 May 21
Can not fault, easy to work with and great communication.Thanks Jim and the Nuflow team.
Scroll To Top